WHERE I WILL BE

Emceed by comic, performer and TMI Project co-founder Julie Novak (who is also one of two moms to canines Jackson and Archie)

T.M.I.dol is TMI Project’s popular story slam series (think TMI meets American Idol), in which readers compete by telling short, true stories from their own experiences, on a particular theme. Readers are given guidelines for creating a story, but unlike with the monologues produced for our stage shows, we do not do any work on these, nor even see the stories beforehand.

Tickets are $10 in advance via Brown Paper Tickets, and $15 at the door on the day of the event.

10 weeks culminating in a performance FREE

For more information and to register contact Denise Ranaghan at

10 weeks culminating in a performance

"The Power of Stories in Preventing Violence Against Women: A Parallel Event to the 60th Session of the UN Commission on the Status of Breakthrough invites you to attend from Local to Global"

This workshop culminates in a public reading Sunday eveing. $450

In true TMI Project style, participants in our first ever Comedic Monologue Writing Workshop have mined true experiences from their lives and found hilarity in them. There is often humor in the most tragic circumstances, as the human experience pushes us to the edge, and the absurdity of it all cannot be ignored. Hearing the readers perform their comedic monologues promises to be a freeing and empowering experience that will have everyone rolling in the aisles!

The Rock Project: An Evening of Story & Song

"The Rock Project: An Evening of Story and Song" featured a curated lineup of readers sharing their stories about the rock songs that most affected their lives, and Paul Green Rock Academy students then playing those songs. There was also an auction whose proceeds went to the TMI Project Community Outreach Initiative.

TMI readers shared their personal stories followed by a dynamic Q&A session. This event was made possible through funding from the Office of Academic Affairs.

This annual celebration of diversity featured speakers from the TMI Project

A special one-night-only performance of the show at Bard College!

For this special T.M.l.dol story slam - also an office warming and ribbon-cutting party to celebrate TMI Project's new space - we invited some of the area's best storytellers to share with us, in five minutes or less, stories reflecting their time spent in an office. 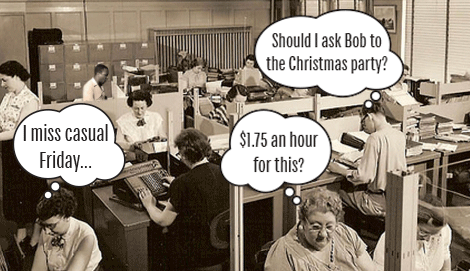 Changing the World One Story at a Time

At the Salvation Army Auditorium, the participants from the Women's Rights Storytelling Collaboratory taking place during the United Nation's Commision on the Status of Women performed powerful 7-minute stories they crafted in the workshop.

During the United Nations' Commision on the Status of Women, TMI Project collaborated with Gender at Work on workshops and performances that brought women's untold stories into public spaces. The participants were women and men working for gender justice and women's rights in Ecuador, India, Jordan, Nicaragua, Nigeria, Pakistan, South Africa, the U.S. and other countries.

ONE BILLION RISING: REVOLUTION is an energy, a platform, a global movement, a catalyst, a worldwide decision to end violence against women, a demand for justice, a paradigm shift, an invitation, a gathering of the ready, housed everywhere, housed in our hearts, you, us, REVOLUTION.

The one-night-only New York City debut at Dixon Place! America's Next Top is a collection of bold, hysterical observations and true stories based on Julie Novak's life growing up as a girl, boy, birl, ummm... person; who found herself not having a defined position on the gender spectrum.

A special T.M.I.dol story slam— also a book party for Sari Botton's “Never Can Say Goodbye: Writers on Their Unshakable Love for NY”

America's Next Top is a collection of bold, hysterical observations and true stories based on Julie Novak's life growing up as a girl, boy, birl, ummm... person; who found herself not having a defined position on the gender spectrum.

All new material for one night at BSP Lounge in Kingston, NY!

An Encore performance in United Solo Festival after a Sold Out show!

Participants have 3 minutes to tell a story on the topic of Temptation.  At the end of the night the audience will vote for the winner.

America's Next Top is a collection of bold, hysterical observations and true stories based on Julie Novak's life growing up as a girl, boy, birl, ummm... person; who found herself not having a defined position on the gender spectrum.

A reading of pieces written and edited during the Advanced Lab Workshop.  Participants will read their work for this event at BSP in Kingston, NY

On the Verge of Extinction.

Verna Gillis will debut her one-older-woman-show-in-progress,

Story Slam, "Say it in Spanish"

What to Expect When You're NOT Expecting

“What to Expect When You're NOT Expecting”

Women and Leadership; What the World Needs

What to Expect When You're NOT Expecting

“What to Expect When You're NOT Expecting”

“Goodbye to All That” reading